What Is a Cantilever Deck?

Residential decks are often framed vertically from the foundation to the railings. However, some homeowners prefer a slight overhang past the beam. This structure is known as a cantilever.

A cantilever deck is simply a deck with joists extending past the beam creating a cantilever or overhanging end on the deck’s exterior. The decision to have your deck cantilevered often comes with the wish to extend an existing deck.

However, a cantilever deck may not be as simple as a regular deck. The extension requires precise measurement as recommended by the local building code.

Employing the services of expert deck builders can help you in putting your cantilever deck without any issues.

What Is the Purpose of a Cantilever?

A cantilever deck design is often chosen to add space. In addition, the overhang provides an additional area which is advantageous if your yard is small.

In terms of structure, the cantilever also adds aesthetics as the design can be an intuitive solution for lack of space or limited footprint drive.

One example is a second-floor cantilever deck. Instead of putting up a foundation on the ground, specifically footings, and piers, you simply use two large brackets connected to the house’s exterior in a diagonal position.

What Is the Difference Between a Cantilever and a Beam?

In a standard deck design, the beams are placed perpendicular to the main house structure supported by the columns, piers, and footings. In contrast, a cantilever can simply be a flat surface attached to the house through the ledger and without a foundation.

However, it is important to remember that a cantilever can simply be a beam. But instead of being attached to the underneath structure, it overhangs on the outer side of the frame.

In short, it could be simply an overhang of joists extending from the beam.

Nevertheless, when it comes to decking, the description of a cantilever may be versatile depending on the presence or function of the beam.

How Far Can a Deck Be Cantilevered?

Joists cantilever should have an overhang limited of up to 24 inches. The drop beam can extend to a maximum of ¼ of its length over a post.

For example, if the back span of the joist is at 16 feet, you can cantilever for up to 4 feet.

Advantages of a Cantilever Deck

While cantilever decks are uncommon in residential areas, they are still considered a reasonable choice with several benefits.

For starters, you can choose a cantilever design if you want a larger deck without spending too much on resources.

Of course, to achieve this purpose, you will have to make sure that your deck is building code compliant. Also, you will need quality decking materials from trusted brands and manufacturers like TimberTech.

Check out some of the advantages of having a cantilever deck.

Since you will be extending your deck, its substructure and flooring, naturally, would give a larger space for your household to hang out.

This is advantageous, especially for those who had their deck made on the second floor.

In some cases, people choose to have a cantilevered deck if their backyard space is too small. This way, the area underneath the deck, since it is located on a higher floor, will remain unoccupied for a significant part.

Cantilever decks can be designed in such as way that the exterior is elongated in the middle. With this form, you can have a panoramic view of your neighborhood or immediate area.

Unlike a regular deck, you can have the freedom of adjusting the shape and angle of a cantilever deck.

Houses near the beach or mountains where the scenery becomes a vital highlight can go for cantilever decks.

The overhang adds a spot where you can see a wider view of the sea or the mountain ranges making your stay in the deck worthwhile.

It is pretty tricky to design a regular deck into whatever form you want, as you may need to add more materials on the way.

But in the case of cantilever decks, you can choose to accentuate the overhang without the hassle.

Cantilever decks provide a visual appeal that adds value to your entire house. Modern designs often include cantilever decks to enhance the façade of the house, especially with curved especially if it is also treated as a balcony.

On the other hand, if your cantilever deck is on the ground floor, you can have it formed in shapes or add several corners, depending on your style.

Disadvantages of a Cantilever Deck

Cantilever decks may add the pizzazz you want for your home, but they also have disadvantages that often occur if the structure is not built correctly.

While a do-it-yourself project can be an exciting way to build your cantilever deck, it may not be the best way to go if you’re inexperienced. Here’s why.

Cantilever decks may look simple, especially the balcony type, but they require precision and the proper knowledge of choosing quality materials.

Also, you will have to abide by the standard and calculations prescribed by the local building code. Otherwise, you may end up tearing your deck apart.

The length of the cantilever should not exceed the recommended measurement, or else it could create structural issues in the long run.

A cantilever deck that only has one side for support may require other ways to strengthen the structure.

Although an overhang fixture to the house’s exterior can suffice a smaller deck, if you’re building a larger one, you may have to consider your choices when it comes to support materials. Unless, of course, you will stick to a joist or drop beam overhang.

But if that is not the case, it is still best to ask for professional assistance.

Cantilevered decks are safe if built the right way. That’s why hiring a contractor, and professional deck builders like TNT Home Improvement can be worth the money as it guarantees proper construction.

The deck has to abide by the prescribed length via the local building code to keep the overhang safe and well-built.

For instance, the length of the cantilever has to correspond with the lumber species, grade, and size. Another attribute you need to consider is the size and spacing between the joists.

According to the building code, the standard cantilever length for a 40-pound load per square foot is 40 and ½ inches. If you wish to extend, you will have to consult with your contractor or engineer.

Other Deck Designs You May Want To Consider

Cantilever decks are worth your time and money as it gives a modern and stylish aesthetic to your property.

But in some cases, a cantilever deck design may not be suitable for your location and house structure. Nonetheless, you can still choose from other designs that builders may recommend, such as the following.

This is the most common type of deck design wherein the deck is connected to your house through a ledger board, and the framing sits on groundwork.

This deck is not attached to any structure. Instead, you can put the pier blocks straight on the ground.

A wraparound deck in an exterior structure that surrounds the entire house.

This deck has multiple levels or stories strategically raised on top of the other.

A roof deck is simply a flat surface on the roof designed for casual foot traffic.

Consulting with professional deck builders is essential when you are building a cantilever deck. Not only will your deck have quality construction, but you can also ensure that the installation is done according to the standards of the building code. If you are located in the Northern Colorado/ Southern Wyoming area, then give us a call today at 970-663-2868 or visit the deck services page and fill out the contact form to make an appointment to discuss your next home improvement project. 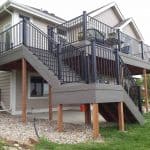 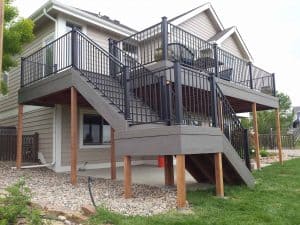 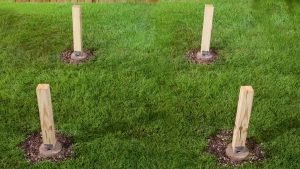 What is a Footer (or Caisson) in Deck Construction? 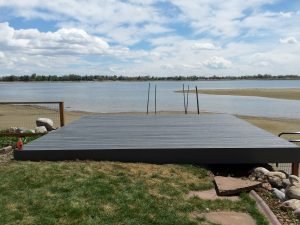 What is a Ground-Level Deck? The Benefits and Features 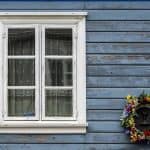 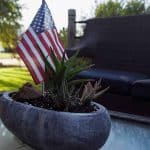 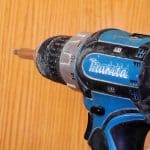 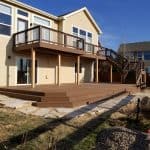 What Is a Cantilever Deck? 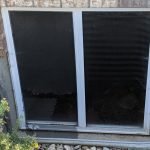 What Are Egress Windows?